Why I stopped running races 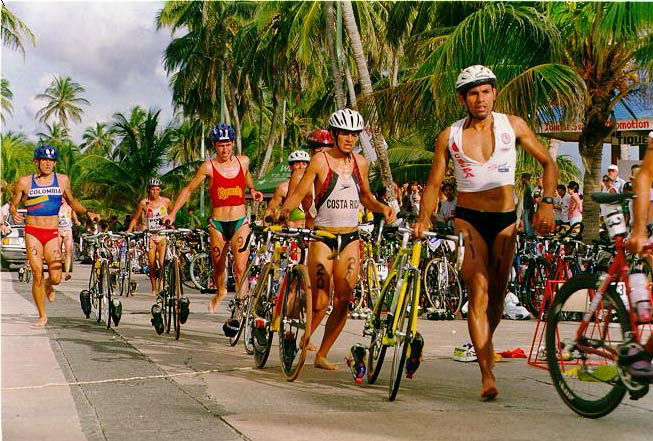 When I was a professional triathlete representing my home country of Costa Rica, I equated running to competition. Why would I run if not to prepare for the next race?

I never asked myself if I liked running; it was my job.

So after I quit professional sports, I stopped running. And with a new desk job, my life became sedentary.

Running for fitness, NOT ANYMORE.

In 2004, living in Spain, I decided to regain my health and some basic fitness by resuming running. But the only way I knew how to run was by training for a race.

After registering for the Budapest Half Marathon, I began running for the first time in years in Girona’s Devesa Park.

Fifteen days before the Budapest Half Marathon, I did a little “tune up” trail race, a 21 k.m. run up and down the mythical Mount Puigmal in the Pyrenees.

At the starting line that day, I knew I was good shape and felt my familiar, killer competitive instincts–which I hadn’t felt since my triathlon days–kick in.

When the starter’s gun sounded, I sprinted off the line, hammering uphill all the way to the 2,994-meter summit of Puigmal. I was totally focused, felt powerful an strong.

After cresting the summit and beginning my descent, a voice inside my mind began yelling, “Stop you idiot! You’re moving so fast you didn’t even notice the 20 mountain deer jump in front of you!”

Feeling stupid, I slowed my pace, turned around and saw Puigmal’s summit towering above me. I yearned to run back so i could admire the views from its peak. In my rush to dominate the race, I had missed so much.

It wasn’t until many years later that I completely understood what happened that day.

I learned that was drives me is not the thrill of competition, but rather, the thrill of exploring this blue ball we live on the most natural, primal way I know how: on foot.

Running as just a mean of transportation

Now I sometimes run up to the Puigmal, lay on the ground, being present and noticing details, I damn know all the names all the plants on it, I can identify all the mountains around it, I am in that place, and that’s what give meaning to my running.

Why are these the moments I feel most complete and truly happy and free? Is it just a huge overdose of endorphins? I don’t think so; it’s much more than that. I never felt any of it, while racing.